Located within a situation that constantly set aside any reference applied to it, Speech Practice: Suspended Collapse took place online within the De-partment of Reading and physical at the GfKFB am Flutgraben, Berlin, hosted by “acting from zero”. The rehearsal was displayed simultaneously in the showroom Scriptings, Amsterdam in June 2009.

Throughout eight hours the voice of one reader and the lines of two writers were given space to coincide and fall apart again. Yet, pushing for a col- lapse of that given situation the aim of this rehearsal was to speculate on a brief suspension that would allow for the appearance of a gap within lan- guage itself. The script present here comes forth from these attempts.

Speech Practice: Suspended Collapse is part of the project Ongoing propositions under different conditions by Sönke Hallmann and Achim Lengerer. The series is dedicated to the simultaneous performance of reading, writing and speech within a rehearsal situation. Suspended Collapse took place with the participation of Inga Zimprich. 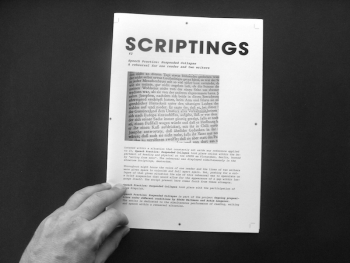 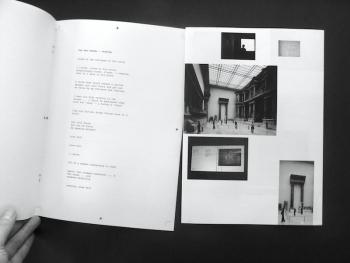 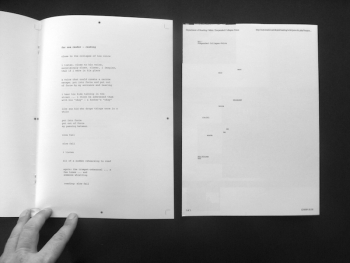