Dear All,
please feel warmly invited to Scriptings#45: Role Plays– Chapter 3/Appendix by Jordane Maurs. Besides the launch of the bilingual publication (French/English) we will screen Jordane's film Role Plays for the first time in public on this occasion. Hope to see you Saturday, July 16th 2016, 7.30 pm at Scriptings, Berlin. Screening starts at 8 pm.


Role Plays – an essayistic documentary film with biographic and autobiographic elements – tells about the training within "development aid" in a French education centre in Romans-sur-Isère, France. Outgoing from the experiences and the subjective perspective of two young French men, Kévin and Bruno, the film questions the system of French humanitarian aid processes rooted in colonial relations. It shows the fine interweaving of Kévin´s and Bruno's stories, the director's story herself, and also the French colonial history which pulls through her family history.

Discussion after the film in German.

Role Plays– Chapter 3/Appendix
Role plays’ third chapter deals with the colonial and slave trade past of my family. Since I finished the film, I pursued my research. At Scriptings and in the publication Role Plays– Chapter 3/Appendix I am displaying a selection of objects I asked from my family. I open this private archive to the public in order to free the images and documents from the emotional family romance in which I found them; to put that past into question in the context of contemporary and future history; and to prevent reproducing, over the generations, a sanitized, hidden or deceitful version of this history. The presentation of these objects, and comments around them, form a sort of follow-up to Role Plays’ Chapter 3.

“I wish I could move these objects, these archives. Dislodge them from their comfortable and legitimate places in family drawers, rooted in the memory of a lineage of settlers. Take some distance. At the same time become familiar with them. Refuse to accept, but live with this. Open these archives to give them another dimension, another meaning. Escape official history which coincides with family history, that of street names and monuments. Reframing on what’s still alive, close by, in the houses, body language and speech. And if I decide to dislodge these objects, of course, I ask myself what their future place or life would be, in order to enable potential discussions based on truth. And I see the need to speak for oneself. To show that particular misery, that particular gloom. The one in the drawer. The one in the French archives, in the violence of all the lies, in the stories written by those same people who committed the crimes.”

Jordane Maurs studied literature at the Université Paris 7 Denis Diderot. Since 2007 she produces films as an independent filmmaker in Berlin. From 2012-2015 Jordane Maurs developed the documentary essay Role Plays.

Basia Janisch, Berlin, studied philosophy and Russian language. She was invited by Jordane Maurs to collaborate on Role Plays both conceptually and as a producer (2014/15). Currently she is working on a film project about Polish artist Krzysztof Jung. 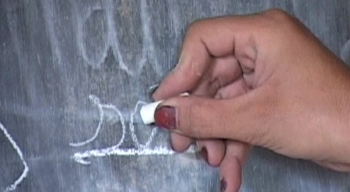 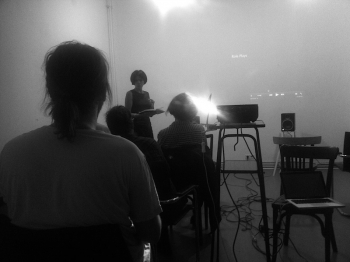 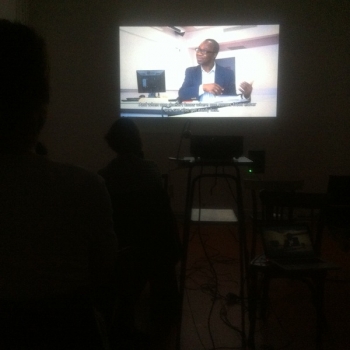 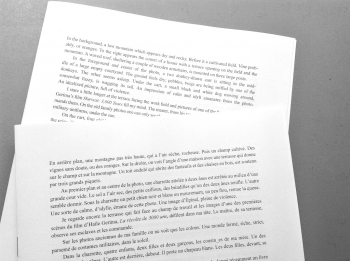 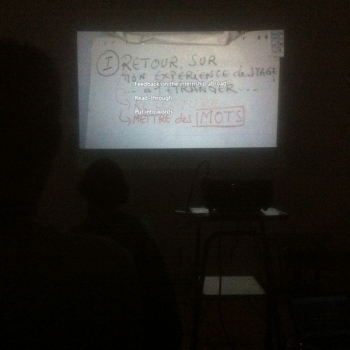 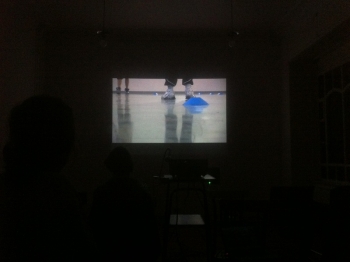 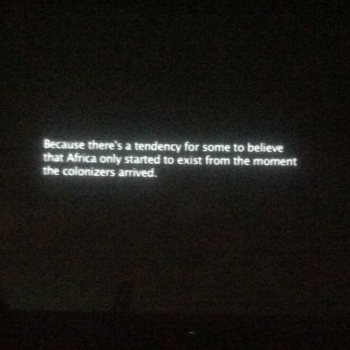